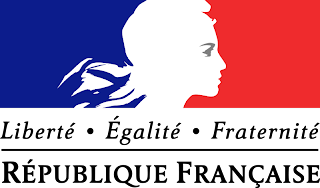 The Presidential Race is well under way here in France with the three main parties gearing up for battle - we have Sarko's band , UMP ( Union for a Popular Movement), the PS ( Socialist Party) and the third runners, the FN (National Front).
Marine Le Pen is the lady at the forefront of the FN, the daughter of founder Jean Marie Le Pen, a man not shy of controversy...
Some of the Far Right policies of the FN:


One needs the backing of 500 mayors to run for the French presidential elections. The FN have not been able to obtain the support of any mayor in the Pyrenees Orientales, where we live.
Perhaps , they need to change their nick name to obtain a few more votes .. after all, would you vote for FN or as it is affectionately known as "FANNY"??
Vote for FANNY, eh? Catchy!
See article here in the local L'Independent ( in French)
Posted by Kaz O'Reilly at 1:15 PM