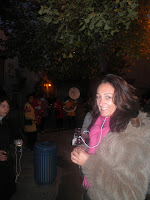 France ain't perfect, but then , where is? But she does get some things so so right sometimes .. Vive le Vin!
Posted by Kaz O'Reilly at 1:29 PM No comments:

Just a little note from me, one of your admirers, to say kikou Nico!! Oh how we danced and cheered when you were voted as President of the Republic on the 6th May 2007.
Your presidential manifesto promised great plans to rejuvenate the economy and to encourage entrepeneurs. In all fairness, chapeaux Mr President , you are doing an okay job, introducing the auto entrepeneur scheme and other reforms and I hope the strikers don't put you off course.
However, as a Gérante ( MD) of a SARL (Limited Company), I'd like to show you an example of the level of bureaucracy we have to suffer. It is time consuming, expensive and a complete waste of government resources.
Today, I presented myself at the Greffe (Company Register) as I needed to change the address of my SARL
In order to do this I need to provide:

Extract of my K-Bis
Proof of identity
2 Proces Verbal of the AGM
3 copies of our statutes
1 example of the journal of legal announces showing the change of address
2 copies of proof of residence
1 pint of blood and two wisdom teeth
(Okay, I'm joking about the blood and teeth!)

I must then make an appointment with the Greffe in Perpignan to meet someone who will inspect my dossier and ensure all is in order ( If they are not on strike) TO.CHANGE.MY.ADDRESS.
The cost : 200,14euros

I'd like to add that the very nice people in Greffe in Perpignan, have also lost all the annual returns for my two companies and even though they have admitted responsibility for this, I still have to incurr the time, money and effort to redo all the returns again.

Yours Sincerely etc etc
Posted by Kaz O'Reilly at 5:55 AM No comments:

10 things the french do best

The markets
Every little town and village has one and they truly are a pleasure as the whole town convenes on market day. Fresh bread, cheeses, locally grown veggies, wine and all kinds of market produce marry for a real feel good shopping experience .. and excellent value too..

Dog poo
After living here for over 8 years, I have an inbuilt antenna for the stuff and rarely put my foot in it .. tourists beware; it lies here , it lies there, it lies everywhere

Red Tape
Very easy to get tangled up in!

Looking after themselves
Voted by the World Health Association as having the best health care in the world, if you're going to get sick, get sick in France.

Le vin
Well, she has been making the stuff since the 6th century BC .. After two years of conducting wine tours in the Roussillon area, I can vouch for the quality.

Le café culture
Sitting in cafés, looking très chic, smoking and drinking café, watching the world go by, without changing facial expression no matter what happens (god forbid one might get a wrinkle)

Striking
The country is brought to near standstill as the government attempts to bring in a few coffers by extending the ridiculously low pension age from 60years to 62years. Socialist parties call on the children to strike at school.

Looking good
Staying thin and wearing appropriate clothing for event or activity, ie a french woman would never ever step outside the house wearing a track suit and sneakers unless going specifically to the gym

Extra Marital Affairs
Apparently they're all at it and after being propositioned by my hairdresser to partake in some swinging activity, I'm starting to beleive it. My neighbours are installing a hot tub too .. yikes!!!!
Posted by Kaz O'Reilly at 6:45 AM No comments:

France has become the laughing stock of Europe and the world with this new onslaught of general strikes. The majority of people striking are fonctionnaires ( civil servants ) , many of whom, eg teachers, have long holidays and all of whom enjoy a mere 35 hour working week, already.
Now they are striking because the governement is bringing in new legislation to push back the retirement age from 60 to 62years.
To witness lycéens ( kids in high school ) thinking they are oh so cool, striking outside their schools, burning pallets, smoking giving the v sign , shouting and screaming for their rights , when they are not going to retire until for another four decades, is, quite simply, stomach turning.
What kind of an attitude is this to have when the country's, indeed the world's economy is on it's knees. Ok, I can understand to a point a 58year old being angry and taking to the streets with his imminent retirement being delayed by a couple of years, but not 13 year olds burning flags and violence spilling out on the french streets. It's legitimized vandalism and a downright disgrace that a country should be brought to a standstill by these vagabonds.
The latest news is that the unions are calling for a rolling strike , ie the workers will vote every day whether or not to continue the strike on a day to day basis, in an effort to reverse the governments plans.
GET.REAL.FRANCE
Posted by Kaz O'Reilly at 2:13 AM No comments: 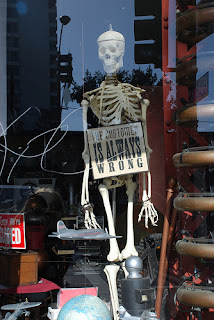 Case 1
After several years of being charged 28cents to send a text from France to Ireland, I was thrilled when new legislation was voted for in April 2009, slashing the prices of texts Europe wide to 13cents. Hurray, I thought, that's my phone bill halved straight away.
My service provider thought differently and despite many visits to the shop and calls to the service centre, I was always treated like an annoying little fool who hadn't a clue what she was talking about.
Frustrated, I changed to another telephone server, let's call them Orangina - they assured me that texts, in line with European law, would be 13cents to anywhere in Europe. Cool!
My first bill arrived and, eye boggling moment, would you beleive it, they were also charging me 28cents a text. I marched to the store with my bill in hand demanding to speak to the salesperson, who of course, was not there.
"Why are my texts not being charged at 13cents to Europe?" I asked politely
" It is nothing to do with us, you must ring head office"
"No, I bought the phone here, YOU sold me the deal, I want an answer from you"
Sigh. Eye roll. Rapid fire discussion with colleague. Sigh. Gallic Shrug. Squints at bill as if it smells...
"Ahhh, but these texts are not to Europe, madame!"
"Mais , oui, they are to Europe, they are to Ireland"
Mocking laugh. Eye roll. Condescending look.
Explanation arriving in simple dumbed down tones ..
"BUT. IRELAND. IS. NOT. IN. EUROPE. MADAME" says my lady as she folds up my bill and turns to another customer
"Cough , splutter, of course Ireland is in Europe, you anorexic tanned bitch"
"Non madame, Ireland is not in Europe"
The conversation continued in this vane for a while. I refused to leave the shop. She eventually agreed to look up wikipedia to see if Ireland was actually in Europe or not but she really really wasn't  convinced.
I'm still waiting for my refund! And I'm still being charged 28 cents a text ..
Posted by Kaz O'Reilly at 1:56 AM 2 comments: