Beef bourguignon without the Burgundy

Meant to post this for Paddys Day, but here you go ...
Beef Bourguignon is a fabulous french stew which is a fool proof recipe and a perfect dinner party dish when you've got a gang to feed.
However, if you replace the burgundy with guinness, for a real Irish twist, the result is a lush creamy stew that goes down really well with mashed spuds and a glass of red.
Here's my fav recipe :

In a large heavy pot cook the onions and carrots in the oil on medium heat until soft, about 8 minutes.
Add the bacon and continue cooking and stirring for 8 minutes.
Add the meat and cook, turning several times, until browned on all sides. Sprinkle the meat with salt and pepper. Add the herbs, the garlic and the guinness. Cover, turn down the heat, and let simmer for at least two hours.
Meanwhile cook the mushrooms in oil until soft and add to the stew after about two hours.
Simmer until meat tender.
Serve with mashed spuds sprinkled with fresh parsley. 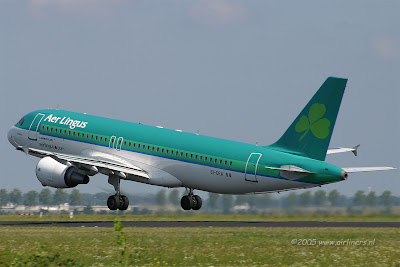 Hurray hurray! The new flights with Aer Lingus commenced today, from Dublin to Perpignan direct - the first time we have had direct flights from Ireland into Perpignan.
Let's hope that they are a success and continue for a long time - at a quick glance today, there are some bargains to be had - one can fly out aller retour for less than 85euros all inclusive in May. Perfect timing for my 40th birthday bash!!!
Aer Lingus is the posh older sister of Ryanair and I'm looking forward to trying out their swish A320s. It's very good news for Perpignan.
Posted by Kaz O'Reilly at 2:18 PM No comments:

Humble in Victory, Gracious in Defeat

If I had a euro for every French person who has asked me to please beat the English next weekend and rob them of their Grand Chelem victory, I'd be a rich woman. Bruised and Humiliated after being beaten by the Italians and the English, you could not really say that the French are gracious in defeat....

Marc Lièvremont, France's rugby coach, who should really be looking at getting his marching orders after being beaten by the hungry Italians, has this to say about HIS team

They are lacking in courage. They are good guys but cursed with what is obviously cowardice," said Lievremont.

"They betrayed us, they have betrayed me and they have betrayed the French national team shirt."
"In terms of the tactics deployed, it defied belief. I did not recognise anything in their performance that we had worked on.
"Do you really think that I told them to play as they did against Italy? I was ashamed. I do not have the impression we asked them to walk on the moon. I do not ask for complicated things.
"This match was an hallucination. I do not want to absolve myself of blame but they invented things on the pitch."

Of course, this was the French coach who kindly did Johnstons pre match job for him ahead of the French English rugby clash last weekend with this 'inciteful" message for the English team:

"We don't like them and it's better to say that than be hypocritical. We respect them - well in my case at least I respect them. But you couldn't say we have the slightest thing in common with them. We appreciate our Italian cousins with whom we share the same quality of life. We appreciate the Celts and their conviviality and then among all these nations we have one huge thing in common. We all don't like the English! It is also what gives you strength against the English, more than just because of rugby. This insular country, who always drape themselves in the national flag, their hymns, their chants, their traditions."

Contrast this with the Italians reaction to their win against France and the obvious mutual respect the players and their South African coach have for each other
After the Italians historic win on Saturday, The Italian captain, the number eight Sergio Parrisse, rushed to his coach’s side – “He’s the only coach who believed in us,” he said, “I want to dedicate this victory to him”
Italian coach, Pallet, from South Africa, with a very impressive rugby history had this to say
“This is my biggest win ever as a coach. I am more proud of this success than of all those with Stade France and with South Africa." Aw, twould bring a tear to your eye...

Anyway, according to my French neighbours here in Rugby Mad Catalan Country, it's up to us, les Irlandais, to beat the English next weekend... gulp!
C'Mon Ireland!
Posted by Kaz O'Reilly at 2:39 AM No comments: