I cheat, You cheat, He/She/One cheats

Le baccalauréat,  like the Leaving Cert in Ireland, is in full swing here in France, it started on Monday with Philo ( that's philosophy to you and me )

The subjects they had to write on for 4 hours solid were as follows:

Subject 1 : What do we owe the state?
Subject 2 : Do we try to interpret for the want of knowing? (Merci Clare O'Dea at swissinfo.ch)
Subject 3 ; Explanation of a paragraph of text from Anselme, from the 12th century.
WTF? 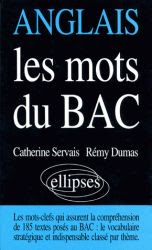 This might explain why a 52 year old Mother in Paris decided that she was going to replace her daughter in the National French Exams for her English oral!!!
She rocked up on the day of exams and tried to pass herself off as her daughter and only for the fact that a vigilant supervisor noticed that the same child who had just completed her philo exam , had somewhat aged in a couple of days, she may have well got away with her cunning plan.
The Mother is currently being held in custody and no-one knows exactly what her punishment will be... the daughter will be , in any case, repeating her English next year.......

Cheat Happens! You just couldn't make it up!!
Posted by Kaz O'Reilly at 2:00 PM