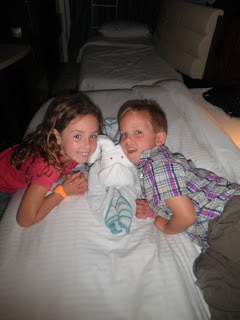 No, it's not a typo and I don't have ticks... following on from my acronymic life post, someone pointed out to me that as a family with two Irish parents, living in France, my kids are TCKs ( Third Culture Kids). Intrigued, I googled it to find out that this refers "to the children who have spent a significant part of [their] developmental years outside the parents' culture" ( thank you wikipedia). As DOH ( Darling Other Half) and I are both Irish , my kids, living in the South of France fit into this category.
Again from wiki :
"TCKs tend to have more in common with one another, regardless of nationality, than they do with non-TCKs from their passport country. TCKs are often multilingual and highly accepting of other cultures. Although moving between countries may become an easy thing for some TCKs, after a childhood spent in other cultures, adjusting to their passport country often takes years."
I just had this conversation the other day with DOH about our kids having an Identity crisis. While he was engrossed in a munster rugby match, I asked them what team were they shouting for, fully expecting them to say Munster. Dylan my 4 year old started shouting "USAP! USAP! ( Perpignan's rugby team). Alannah thought "her team" was from Cork or Ireland. They genuinely did not know what mast to pin their colours to. Quite worrying.
Further research on TCKs ( from the US) has proven: