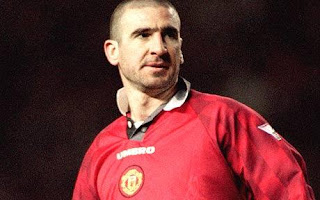 The Presidential Race begins here in France in earnest as prospective candidates start throwing their names in the hat. The election will be held on the 22 April AND the 6 May. Yes, they have two voting days ; the first is the whittle the nominations down to a few candidates and the second date to vote for the favourites.
Today , Eric Cantona, ex Man United football star announced his intention to run for presidency .. so is this election going to be as farcical as the last Irish presidential campaign?
To recap, last year, the 7 candidates for the Irish presidency looked as follows:
The race for this ceremonial position (the president of Ireland does not really have any power) was as dirty and below the belt as you can get, with accusations, skeleton closet digging and all kinds of underhand tactics being employed.
The leprechaun won.
So, there may be hope for Cantona yet .. first of all he has to obtain the support of 500 mairies in France which is a prerequisite for the race, and after that , who knows??
Posted by Kaz O'Reilly at 4:53 AM